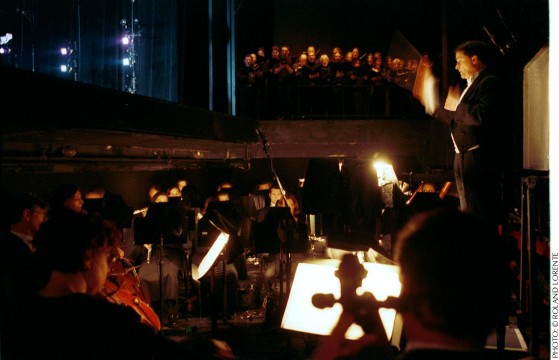 At the ballet, having a live orchestra in the pit instead of a mere audio recording is invaluable. That’s why Les Grands Ballets Canadiens is proud to have had its own orchestra for 30 years.

Did you know that Les Grands Ballets Canadiens is the third-largest employer of musicians in Montreal, after the Orchestre Symphonique de Montréal and Orchestre Métropolitain? In addition to rehearsing for some 60 hours a season, the musicians play in the orchestra pit at roughly 40 performances, representing approximately another 90 hours of work.

At rehearsals, Les Grands Ballets’ conductor and musicians track and carry the dancers through every version of the choreography, ensuring perfect synchronicity. Les Grands Ballets strives for excellence and the highest levels of performance in every facet of its productions to bring audiences a complete experience and an unparalleled communion between the spectators in the hall and the artists on stage.