Synopsis of The Enchanted Gift

For the 2021 holiday season, the all new ballet The Enchanted Gift by Ivan Cavallari is presented as the first half of the show The Nutcracker: Clara's Journey.

Christmas Eve finds Professor Nicholas in his laboratory. This year he’d like to offer children toys that they won’t tire of in a hurry. Struck by an ingenious idea, he sets to work and succeeds in creating… magical toys that come to life! The toys take turns entertaining the dazzled Professor in a flurry of performances featuring well-known and new characters like Pinocchio, the Blue Fairy and Aladina!

Alas, the story doesn’t end here. Upon nightfall, just as Professor Nicholas drifts off to sleep, the wicked witches Brunilda and Matilda break into his workshop. They use their magic to strip the toys of their lifelike qualities, returning them to simple pieces of plastic. The witches make off into the night along with the toys, leaving the Professor’s workshop empty.

When Professor Nicholas wakes on Christmas morning, he is devastated. He falls to knees upon seeing what Brunilda and Matilda have done, but just as he thinks he might never recover, something catches his eye. In the back of the workshop, one almond-eyed doll remains. What’s more, she moves! As she approaches the Professor, he realizes the truth. The life he breathed into all those toys lives on in this doll, and it is the essence of pure love. 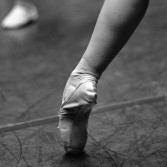 Seize this chance to be part of an internationally renowned dance company that has been part of our cultural heritage since 1957.