Enter the Faun: a powerful documentary!

"A remarkable story. Will be of great interest not just to dance enthusiasts but to those whose lives are touched by cerebral palsy."

Is the human body capable of a miraculous transformation? The unusual collaboration between a choreographer and a young actor with cerebral palsy vividly shows us that it is. The work Tamar Rogoff undertakes with Gregg Mozgala in teaching him to become a dancer, despite his fears and physical limitations, leads them to unprecedented discoveries. Enter the Faun is the story of their work together, a determined and unfazed partnership, up to the presentation of the show. It is a challenge to medicine and to all the limitations associated with disability.

Screening of Enter the Faun

On Friday, May 25 at 6:00 p.m. the general public will be able to attend a screening of the documentary free of charge in the Salle Rouge of Édifice Wilder Espace Danse (1435 de Bleury St.) as part of the First International Symposium for Dance and Well-Being. Following the screening, Tamar Rogoff will be present for a question period.

Tamar Rogoff and Gregg Mozgala are invited to share their experience all over the world. They have organized workshops with great success at a number of film festivals, including New York’s Dance on Camera, the San Francisco Dance Film Festival, the Extraordinary Film Festival in Namur, Belgium and the Sarasota Film Festival. They have also held one-week training sessions in Valencia, Spain, with a ballet school for handicapped children; in Australia with the research centre Cerebral Palsy Alliance in Sydney; in New York with the Mark Morris Dance Group and its Dance for PD® program; and in Madison, Wisconsin, with the departments of medicine, dance and kinesiology at the University of Wisconsin. 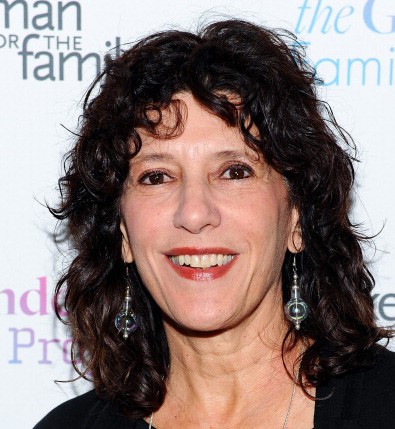 New York choreographer Tamar Rogoff explores the outer limits of how people negotiate extreme circumstances. Whether producing her creations on a large scale in unlikely settings such as a tower overlooking the Lincoln Center plaza, a forest in Belarus, or rooftops on the Lower East Side, on screen or in traditional show venues, Rogoff always creates through the prism of our intimate possibilities, in dance and in film, and regularly breaks down the theatrical fourth wall. She has worked with members of the community where her ancestors who died in the Holocaust hailed from; with war veterans suffering from post-traumatic stress disorder; with the young actor Gregg Mozgala, who has cerebral palsy; and the actor Claire Daines, with whom she has collaborated a number of times.

Tamar Rogoff taught for many years at Performance Space 122 in New York’s East Village and at New York University’s Experimental Theater Wing. In 2004 she founded the arts program at Solar One, an education centre in New York dedicated to the environment and the arts.

Tamar comes from a family of physicians. With her spouse, who wanted to leave the U.S. to avoid the draft during the war in Vietnam, Tamar lived in Montreal in the late 1960s for over two years. She is thrilled to be coming back to Montreal and to Québec, where she began her career.