We are celebrating this year the 100th birth anniversary of a man who has left a mark on Les Grands Ballets in more than one way!

Born in Montreal in 1920, Fernand Nault studied dance with Maurice Morenoff and various great masters of dance in New York, London and Paris. One of the first Canadian to gain international recognition as a choreographer, Fernand Nault is best know from the contemporary audiences as the choreographer behind Les Grands Ballets’ Nutcracker. His vast choreographic repertoire and his work in the dance millieu have left a priceless heritage to more than one generation of dancers and to audiences around the world.

From 1944 to 1965 Fernand Nault was a dancer and then ballet master at the American Ballet Theatre, where, from 1960 to 1964, he was also director of the famous New York–based company’s dance school.

In 1965, he joined Les Grands Ballets as co-artistic director and resident choreographer. He was instrumental in the company’s development by creating works of astonishing diversity, pieces that ranged from classical and neoclassical to contemporary and theatrical dance. He introduced to the repertoire such works as La Fille mal gardée, Danses concertantes, Symphony of Psalms, Liberté tempérée, La Scouine and The Seven Deadly Sins, without forgetting The Nutcracker – which has been presented every year since 1964 – and two pieces that have enjoyed enormous success around the world, Carmina Burana and Tommy. 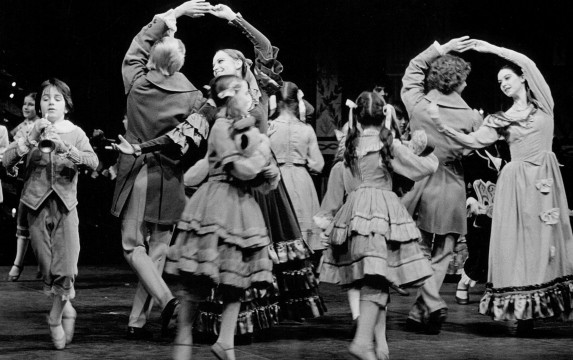 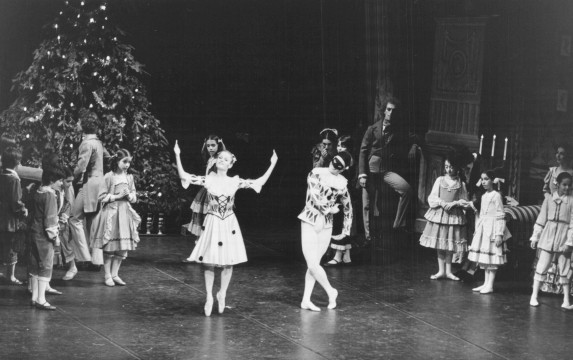 While remaining resident choreographer of Les Grands Ballets, Fernand Nault worked at the École supérieure de ballet du Québec as choreographer and ballet master. Between 1985 and 1988 he put together, at the instigation of Ludmilla Chiriaeff, several series of shows intended to awaken a taste for dance in primary and secondary-school students as well as in Cegep students in the Montreal.

Fernand Nault conceived numerous choreographies for Alberta Ballet, American Ballet Theatre, National Ballet of Korea, Joffrey Ballet, Atlanta Ballet, Ballet Federation of the Philippines, Delta Festival Ballet and Washington Ballet. Additionally, from 1978 to 1981 he was guest choreographer and,from 1981 to 1982, artistic director with the Colorado Ballet. His other collaborations include works for Opéra de Montréal productions of Aida and The Merry Widow, in 1986 and 1991 respectively.

The Government of Canada paid tribute to Fernand Nault on three occasions, presenting him in 1967 with the Centennial Medal, in 1977 the Order of Canada, and in 2000 the Governor General’s Performing Arts Award. In 1976 he received the choreography first prize at the VIIth Varna International Ballet Competition in Bulgaria for his ballet Incohérence. In 1984 he was honored with the Prix Denise-Pelletier for performing arts. And in 1990 he was appointed Knight of the Ordre national du Québec and named choreographer emeritus of Les Grands Ballets.

Fernand Nault passed away on December 26, 2006, while The Nutcracker was been performed in theatre.

Learn more about the activities surrounding the 100th anniversary of Fernand Nault on his official website.

After 25 years of working for the company's Workshop, Mireille Tremblay is taking a final bow

The Nutcracker: From the Stage to the Screen